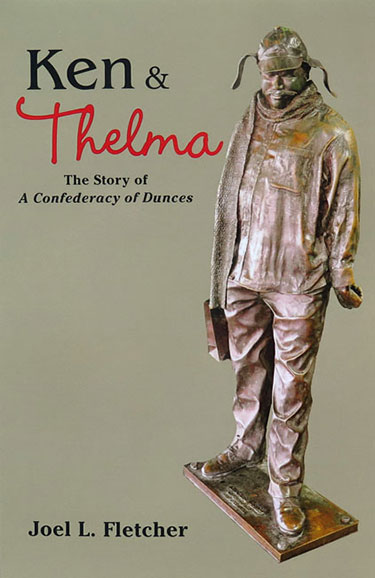 “This valuable companion to Dunces will be a treat to those who’ve enjoyed the novel…Mr. Fletcher’s
writing style is graceful, intimate and accessible…Savvy booksellers should package copies of Dunces   and
Ken and Thelma… I can’t imagine a better weekend’s reading.” Larry Thornberry, Washington Times.

See the prize-winning documentary, inspired by Ken & Thelma:  John Kennedy Toole...the omega point. A beautiful piece of work by Joe Sanford of Pelican Pictures, it won the Rising Star Award at the Canada International Film Festival, was shown at a number of other festivals, and on Louisiana Public Television.